There is good news for iPhone users who have experienced camera shake.

The iPhone's operating system, iOS, received a fix from Apple on Thursday that addresses a number of bugs that surfaced during the iPhone 14's launch last week. 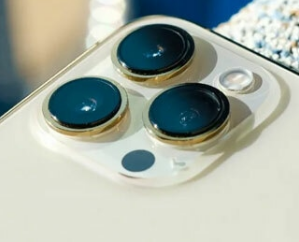 Despite the fact that Apple frequently releases software updates after a phone's launch in response to newly discovered bugs, a number of problems with the new iPhones were widely reported in reports and on social media.

Notably, iOS 16.0.2 resolves a camera shake problem where the camera makes an audible noise when it tries to focus in third-party apps like Snapchat and TikTok.

The operating system also resolves an issue with data transfer from an older iPhone to an iPhone 14 (iPhone 14). In these transfers, the new device's screen may occasionally be completely black, necessitating a hard reset.

The software changelog also says that Apple fixed a sound issue as well as an unresponsive touch issue on older devices.

iOS 16.0.2 is available for download now. It can be installed via Settings > General > Software Update.