Apple showed the new iPads in a quiet way. This time, it was done quietly without a fight. Apple "threw" the newest iPads into the Apple Store without telling anyone. He probably had a good reason. It doesn't mean anything to say that the prices of these things have gone up. They are completely crazy. 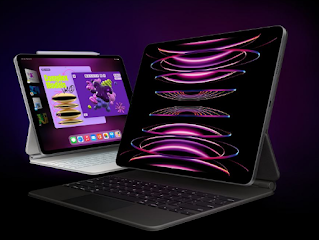 The 10th generation iPad is the first of the devices presented by Apple. The biggest change here is the refreshed design, which refers to the design already known from the last generations of the iPad Pro and iPad mini . Apple describes it as "frameless". Well, anyone with reasonably good eyesight will find it exaggerated.

The new iPad has a larger,  10.9-inch display . Unfortunately, it's not a ProMotion screen, but a Liquid Retina  panel with 60Hz refresh. Its resolution is 2360 x 1640 pixels. The maximum brightness is 500 nits. 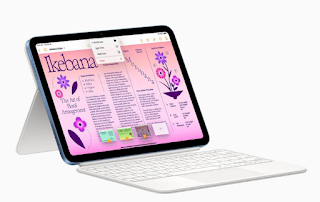 Other changes followed the new design. The "regular" iPad no longer has a "Home" button with a fingerprint reader. The scanner has been moved to the start button on the top edge of the device.

Another novelty, already known from the iPad Pro, is the use of the USB-C port , which replaced Lightning . Of course, this decision can be applauded. The problem is that Apple has not avoided a certain absurdity (the company has already got us used to this kind of mishaps). The thing is, the iPad 10th gen doesn't support the second-generation Apple Pencil, only the first. This, in turn, can only be charged through the Lightning connector. So there has been a situation where, in order to connect the stylus to the iPad (e.g. to recharge the pen), we have to obtain a USB-C to Lightning adapter.

The 10th generation iPad has an Apple 14 Bionic chip . This is an efficient, but not the latest unit, which drives, among others iPhone 12. This does not change the fact that the Apple tablet should not have major problems with performance.

The device is also equipped with a front and rear camera. Both of them have a resolution of 12 megapixels. In the case of the webcam for video calls, there was also the Center Stage function. Another new feature is Bluetooth support in version 5.3.

iPad Pro (2022) - even more powerful and even more expensive

In the case of the new iPad Pro (2022) , there were no changes in design. The same goes for the screen. We can choose a model with an 11-inch or 12.9-inch screen . Unfortunately, only the larger of the iPads has a Liquid Retina XDR display with ProMotion technology . In the case of the 11-inch model, it is still only an IPS screen with a refreshing 60 Hz.

However, the change took place under the casing. The Apple M1 chip has been replaced by the even more powerful Apple M2 unit (8 cores!), Which also powers the latest MacBooks. It is supposed to guarantee even a 15% increase in performance compared to the M1 processor. We also have a 10-core GPU and a 16-core Neural Engine at our disposal - in this case, we can count on a 35% and 40% increase in power, respectively.