Global warming will lead to new pandemics on the planet

Researchers carefully studied the soil and sedimentary rocks of the largest lake north of the Arctic Circle. 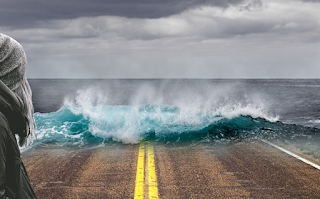 Scientists have said that the Arctic could be the source of the next pandemic. It will be caused by global warming, which will make it possible for viruses that have been frozen in glaciers to escape. This is what a study that was published in The Royal Society says.

The scientists looked at the soil and sedimentary rocks of Lake Hazen very closely. This body of water is the biggest one north of the Arctic Circle. Using the sequencing method, they tried to find the viruses by looking for their DNA and RNA.

"Due to the flow of water from the melting glaciers, the risk is increasing. This is due to climate change. The Arctic may become fertile ground for new pandemics," the study said.

It's also important to remember that studies from the past have shown that melting glaciers can release pathogens, parasites, and viruses. It's likely that this will cause new pandemics.

People will remember that when the Greenland ice sheet melted, the ocean level went up by 1.2 centimeters. The last 20 years have shown that this has been done.

In Spain, 4,600 people died in the summer due to the heat