HACM: the fastest cruise missile in the world

The Hypersonic Attack Cruise Missile (HACM) will be the first weapon with a hypersonic direct-jet engine (HSGV) put into production. 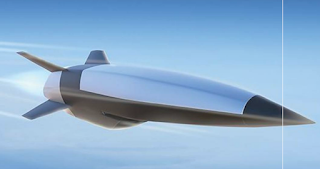 The Pentagon has a wide variety of cruise missiles in its arsenal, including the new JASSM-ER and the well-known Tomahawk. However, the missile, which will add to the arsenal in 2027, is very different from its forebears. The 20 times faster new winged Hypersonic Attack (HACM). The HACM will be the first air-jet engine-powered weapon that is mass-produced.

Australia and the US started working together in 2020 as part of the Southern Cross Integrated Flight Research Experiment (SCIFiRE). The project was named after the group of stars that is on the Australian flag. The goal is to make a hypersonic air-jet weapon system based on US and Australian planes.

· P-8A Poseidon and others.

American defense contractors Raytheon and Northrop Grumman just got a contract to make the first hypersonic cruise missile in the world. This contract is worth $985 million. Experts say that this deal will make the SCIFiRE prototype from Raytheon into a powerful weapon system.

This tactical weapon is an air-launched hypersonic cruise missile designed to hit ground targets quickly. It was made for the US and Australia. The contract says that the first combat missiles should be delivered to the Pentagon in 2027. At an Air Force press conference in late September, Chief of Staff General K. said, "HACM will give our commanders the tactical flexibility to use fighters to protect important facilities while keeping bombers for other strategic purposes."

Traditional cruise missiles are mostly unmanned aerial vehicles. Like many aircraft, they are equipped with turbofan engines that accelerate them to subsonic speeds. To avoid detection by radars, cruise missiles fly low, clinging as close to the ground as possible. For example, winged " Tomahawk " fly at an altitude of 29 to 50 meters at a speed of 885 km/h.

Hypersonic Weapon, or HACM. This means that it moves at a speed of 5 mach. It's still not clear what its fastest speed is. Most modern missiles that fly in the atmosphere of the Earth, like air-to-air missiles, can go as fast as Mach 3+. For example, the SCIFiRE rocket, which was used to test a hypersonic jet engine and was part of the HIFiRE program's early development, reached speeds of up to Mach 8. So, it's likely that HACM will surprise us by giving the best performance.

Hypersonic Attack will be the world's first anti-propellant weapon system. Like turbofan engines, scramjets take oxygen from the surrounding atmosphere and use it as fuel. The fundamental difference is that the turbofan engine draws in oxygen at subsonic speeds, while the scramjet does it at supersonic speeds.

More oxygen means more fuel for the scramjet, which allows it to accelerate the rocket even faster. According to NASA, such engines should operate at a speed of at least Mach 15. This corresponds to a speed of 18,500+ km/h, or enough speed to fly around the Earth in about two hours.

Hypersonic weapons are the new fashion in the world of war. Most of the universally recognized nuclear powers have technically had hypersonic weapons for over half a century. For example, ballistic missiles : they carry nuclear warheads, move at hypersonic speeds and hit their targets at speeds of up to 24,000 km/h.

· The new generation of hypersonic weapons is distinguished by the fact that it is not nuclear in nature ( at least not yet ) and can be used in conventional conventional warfare.