Manufacturers must switch to USB-C chargers in the EU. Yes, even Apple.

With today's vote, the European Parliament has finally given its approval for all portable device chargers to be the same. There were 602 votes in favor and 13 votes against acceptance. The new regulations will be in effect in the EU starting in the fall of 2024, or 24 months after they were approved. 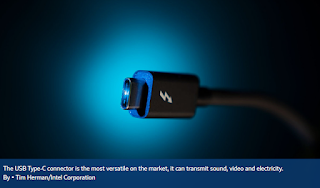 The new regulation applies to laptops as well, but manufacturers have until the end of 2026 to implement uniform chargers. The final debate before today's vote featured a telling gesture. The Maltese MEP who helped draft the standard's final language held up a ball of cables and adapters above his head as he spoke, saying, "This is a thing of the past." He added, as he displayed a USB-C charger:

The European Commission promises that the new law will simplify the charging while also promoting more environmentally friendly material handling practices and a decrease in the amount of electrical waste generated. The consumer should save up to 250 million euros per year in unnecessary purchases of additional charging adapters by clearly understanding which charger their device is compatible with. A yearly reduction in e-waste of 11,000 tons is expected as a result.