The government doubles the price of the Peoples Bus Service.

It turned out that the Sindh government gave the National Radio & Telecommunication Corporation (NRTC), which runs and maintains the Peoples Bus Service (PBS) in the province, permission to raise the prices of a city bus route by 100%. 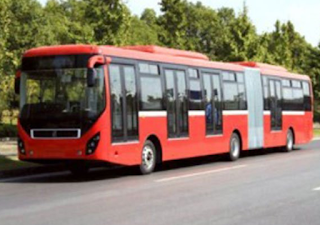 Informative sources told a newspaper that the decision was made at a meeting of the Fare Revision Committee for Intercity Routes, which had members from the NRTC, the Sindh Mass Transit Authority, and engineers from a third party.

They said that the new, longer PBS route from Gulshan-i-Hadeed to Tower made the maximum fare go up from Rs50 to Rs100 because the distance was now 58km longer.

They said that the driver started charging Rs100 three days ago, after the route was changed from Gulshan-i-Hadeed to Malir Cantt and made longer.

Sources said that the PBS operator raised the price because it was no longer profitable to run the buses on the route that went up to 58 km further because prices had gone up.

A Sindh Mass Transit Authority (SMTA) employee who didn't want to be named said that people had complained about being charged Rs100 for even shorter distances on the routes, so the authority went straight to the operator. "Now, they don't charge Rs50 as the minimum fare for shorter trips," he said.

Sources also said that, because fuel prices have gone up, the NRTC has decided to raise fares on all PBS routes starting next month.