Xiaomi has introduced the 12T and 12T Pro models, which are largely based on the 12 and share most of the equipment. The higher model brings one first that we haven't seen in the brand before - a micro-USB charging point for the larger screen. 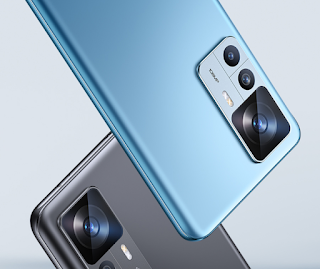 The device appears to be very similar to its predecessor at first glance, even down to the dimensions. The phone fits comfortably in the hand thanks to its rounded glass back, which is also pleasant to the touch. However, there is also a positive change. This time, the front side is flat, which will please everyone who dislikes rounded displays. But once more, it is a 6.67" AMOLED with a 120Hz refresh rate and FullHD+ resolution. Dual speakers from Harman/Kardon will also be useful for multimedia.

Here, the performance is flawless. You can anticipate a Qualcomm Snapdragon 8+ Gen 1 processor, which in our example is complemented by 12 GB of RAM and 256 GB of storage. There are, however, models with less memory. The manufacturer promises significantly better heat dissipation as a result of reworking the cooling system to offer a 65% larger steam chamber due to performance.

This helps recharge the 5,000 mAh battery. At 120 Watts, the device charges in 19 minutes. This time, the company defaults to lower performance and doesn't let you use it. In the settings, add 120W. Wireless charging is this system's biggest flaw.

The camera is popular. Xiaomi has bet almost everything on the primary camera in the 12T series, unlike the 12 Pro. The 12T Pro model achieved 200 Mpx. Only Motorola has offered a higher resolution.

Like fast charging, the manufacturer limits you to 12.5 Mpx photos when the sensor combines 16 pixels into one. In a special mode, a switch can force maximum resolution. In this mode, the phone captures impressive details and allows for decent zooming.

The primary sensor's resolution was improved by optical stabilization. The 200MPx ProCut mode cuts out interesting scenes from a large photo as separate, high-resolution photos. The rest of the photo set has been reduced (the telephoto lens is gone), leaving only an 8 Mpx ultra-wide and 2 Mpx macro. 20MP selfie camera.

The two innovations share most equipment, as stated in the introduction. The weaker twin has the same design, display, and 5,000 mAh, 120W battery. The lower model has 128 or 256GB of storage and a MediaTek Dimensity 8100-Ultra processor. Memory is 8 GB max. Dual speakers are promised, but not Harman/Kardon. 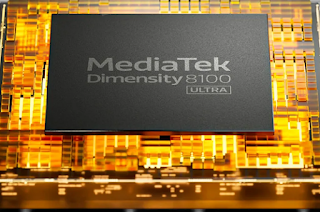 The phone has an identical 8MP ultra-wide and 2MP macro lens. The resolution has been lowered to a still above-average 108 Mpx, which we have already seen with the brand a few times in the past. There is also optical stabilization and some of the aforementioned software gadgets.

The Xiaomi 12T and 12T Pro are primarily attractive for their high performance and especially the primary camera, which allows you to take unprecedentedly detailed pictures. The rest of the equipment behind the spring models (Xiaomi 12, 12 Pro and 12X) loses a bit, it is more necessary to understand them as the successor of last year's 11T series.

The pre-sale starts on October 4, and the phones will physically reach the counters on October 13. The basic model Xiaomi 12T starts at a price tag of CZK 14,490, while the top model has a more expensive configuration with up to 256 GB storage.