Disadvantages of sitting for too long?

Health is life, and where good diet is necessary to maintain health, physical activities also play a key role. 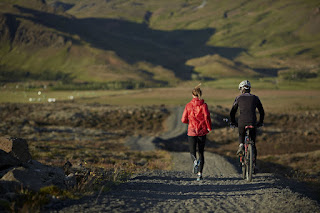 The  invention of computers and mobiles and the majority of people working in offices spend a long part of the day sitting in front of the screen,  this habit is causing many diseases such as diabetes, obesity, heart disease and mental diseases.

Health experts consider this habit as dangerous as smoking.

During a recent study, scientists revealed that exercising for a certain period of time is very important to remove the harmful effects of a day of sitting.

According to research, if you have spent 10 hours of the day sitting, it is very important to perform 40 minutes of exercise or physical activity every day, including moderate or intense exercise, to avoid its harmful effects on health, and according to experts, it is the right time.

The study is based on a meta-analysis published in 2020 that analysed nine previous studies, including four countries in which 44,370 participants wore fitness trackers in some form.

This analysis revealed that the risk of death in the style of people who  were more seated increased when they performed  moderate to vigorous physical activity or spent time exercising.

"In active individuals who perform about 30 to 40 minutes of moderate to vigorous physical activity, the relationship between more sitting time and risk of death does not differ much from those who spend time sitting," the researchers explained in their paper. ”

In other words, some minor physical activities such as cycling, brisk walking, gardening can also help you reduce your risk of premature death.

However, people can still protect their health by giving up the habit of sitting for long periods of time and stay safe from its harmful effects.

While research based on fitness trackers broadly encourages the same 2020 WHO guidelines, according to which 150 to 300 minutes of moderate or 75 to 150 minutes of vigorous physical activity or  exercise should be performed every week to compensate for excessive sitting.