Currently, Apple's invention only applies to the United States, but it will eventually be used globally. Use your smartphone to quickly scan a QR code to activate the new virtual SIMs.. 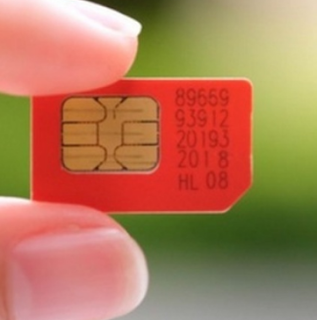 Apple is back at it. The Cupertino business retires the physical SIM after ordering the death of the floppy disk and the compact disk. The slot that currently houses them will be eliminated in the upcoming Apple devices.

With the release of the new iPhone 14, 14Plus, 14Pro, and 14Pro Max, which will be available in the United States, the uniqueness was announced. They will only be able to use an eSIM or virtual sim; physical SIM insertion will no longer be an option.

The eSIM perform the same function as the traditional ones: they allow a device to use mobile networks but being virtual they are integrated directly into the device.

Simply scan a QR code with your smartphone to activate them. This code needs to be saved because it serves as the SIM's official identification.

Apple underlined the benefits for users during the event. The first significant development is that different eSIMs will be able to be activated on each device, maximizing their use. Additionally made simpler would be the transfer of phone bills.

Although the physical slot's removal was long overdue, observers had hoped for Apple to proceed more gradually. There won't be a period of transition between the two technologies.

Only the new digital SIM type, which Apple may roll out to all other markets as early as the next iPhone generation, will allow American consumers to utilize the iPhone14.

Actually, Apple is not the only company that supports the eSIM. Samsung and Motorola are both concentrating on the cutting-edge technologies that will inevitably replace the current industry norm.

However, telephone operators, who must unavoidably adjust to the novelty, may act as a brake on the adoption of eSIM.

For instance, in Italy, not all providers have fully embraced the activation of a digital SIM, and it is also more expensive.

The whole telecoms industry will undoubtedly be shocked by Apple's move, and it is easy to foresee that the speed of technical advancement will be forced.

Physical SIMs are also going to become collectible items, just like what happened to other technical devices.