Smartphones can make you sick

People touch their smartphone more than 2,000 times a day on average and this habit can also make them sick by suffering from various allergies. 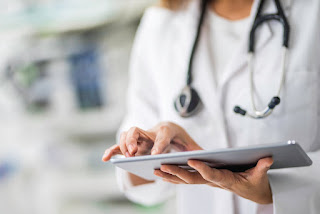 This claim came out in a new medical study.

Research from Boston Children's Hospital in the UNITED States found that smartphones prove to be the home of allergy-causing materials and the best way to avoid this is often cleaning the phones.

Research has shown that smartphones become home to allergy-causing agents such as fungi and pet bacteria.

In this study, researchers in different smartphone models discovered increased levels of allergy-causing elements such as Beta-Glucans (BDG) and endotoxin.

BDGs are found in fungal cells and cause chronic respiratory tract diseases, the researchers said.

The study said that if a person suspects allergies or has asthma, they should clean their smartphone frequently to avoid allergies or asthma attacks.

Researchers said that research proves that when allergy-causing materials reach the body through inhalation, an immune response is activated which proves to be harmful.

He added that if you are often allergic or have asthma, then make it a habit to clean your phone frequently for prevention.

According to experts, allergy-causing elements are present everywhere, such as hair, clothing and shoes, so it is not surprising that they are in smartphones.

He said that if you touch your eyes, nose or mouth after touching the phone, then the elements causing allergies can enter the nose, respiratory tract or eyes.

He added that we take our phones everywhere and keep them in many places, due to which all kinds of particles start accumulating in them.