Starch-rich potatoes can be helpful in weight loss

People who want to lose weight, experts usually tell them to avoid foods rich in carbohydrates,  but now scientists believe that starch-rich potatoes can be helpful in weight loss. 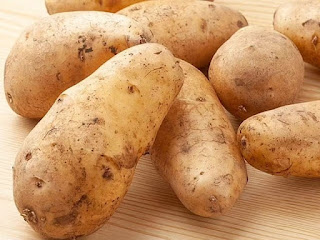 Scientists say that this happens because people eat the same amount of food at the time of eating that fills their stomach, without thinking about how many calories they have gained in this food.


According to the researchers, people who add potatoes to their food, which are rich in carbohydrates and are heavy, fill their stomachs quickly, so doing so prevents them from eating more calories after filling their stomachs.
Every 100 grams of potatoes contains about 80 calories. This amount is more than double the calories present in vegetables like carrots or broccoli. But potatoes and bread, pasta and rice are eaten in equal quantities, it contains half the calories compared to these things.

In this case, the researchers also pointed out that the method of cooking potatoes is also very important and potato chips and crisps should be avoided because frying reduces its nutrition.

Professor Candida Rebello, a dietitian and co-author of the study from a research institute based in Baton Rouge, Louisiana, said that by eating heavy but low-calorie foods, you can easily reduce calorie consumption.


He said that the main aspect of this study was that the researchers did not reduce the portion of food, but reduced the share of calories by adding potatoes.