Giving anesthesia to pregnant women does not affect the development of the baby, study says

Researchers have found in a new study that giving anesthesia to pregnant women for emergency surgery has nothing to do with child development problems. 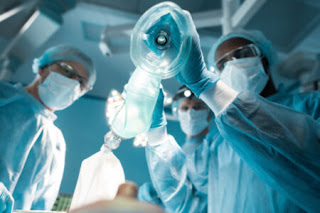 Although surgery and anesthesia are usually avoided during pregnancy, up to 1% of pregnant women may need it for unexpected health emergencies, such as appendicitis.

The researchers found no statistically significant differences between the two groups of children. The results showed that the effects of anesthesia were exactly the same as those of other factors such as parental education and the mother's age at childbirth.

Exposure to anesthesia during emergency surgery was not associated with clinically meaningful impairments, mothers who underwent anesthesia with modern medications and techniques, making the findings relevant today, the study authors said in a journal news release.

Past analysis of animal studies showed that general anesthesia during pregnancy can damage the fetal brain and impair learning and memory.

The U.S. Food and Drug Administration published a warning in 2016 that repeated or prolonged use of general anesthesia during the third trimester of pregnancy could lead to developmental disorders in the fetus.

Delaying surgery is sometimes not an option. In the case of appendicitis, for example, a delay in treatment can lead to miscarriage or sepsis for the mother.