Infections have become stronger due to excessive or misuse of antibiotics, World Health Organization

The World Health Organization (WHO) has said that in the year 2020, the misuse or excessive use of antibiotics around the world has revealed the strength of bacteria, which has further strengthened the infections. 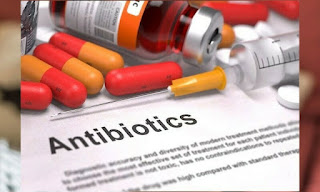 According to the latest report released by the World Health Organization, data obtained from 87 countries of the world has shown that the misuse or overuse of antibiotics increased infections, which worsened diseases.


According to the report, the data shows that in the non-and middle-class countries of the world, the wrong or excessive use of antibiotics has strengthened bacteria and infections, which are not even affected by antibiotics, but on the contrary, infections are increasing.

The report said that the resistance of bacteria and infections to antibiotics increased by 50 percent worldwide, meaning that the medicines were not affecting them.

The report said that the data showed that antibiotics were not affecting infections other than sexual infections, including infections such as Klebsiella pneumoniae and Acinetobacter spp.

According to the World Health Organization, even 'last resort antibiotic drugs' i.e. advanced level antibiotics failed to show an effect on infections and bacteria.

The World Health Organization has linked the potency of bacteria and infections and their resistance to antibiotics to incorrect or excessive antibiotic use.

It urged countries around the world to ensure the potency of infections and bacteria and the availability of drug data to deal with them.

The report said that despite the use of antibiotics in 2020 compared to 2017, bacteria and infections recorded more than 15 percent increase and overall resistance to antibiotics was recorded at 50 percent in the first year of corona.