Vitamin D is now useful for the brain too 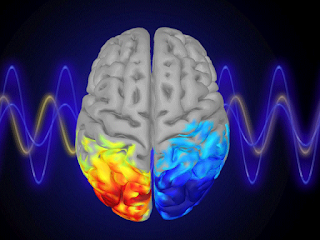 Vitamin D goes to our brain and protects it and breaks many diseases. Photo: File

Massachusetts: Scientists have revealed that even if the amount of vitamin D is high in the body of people undergoing mental and nervous degeneration, especially elderly people, it can be very beneficial and thus the process of metabolic disorders in their brain can be slowed.

The study was conducted by Tufts University and other institutions in the UNITED States, the results of which have been published in the Journal of Alzheimer's Association. In summary, nutrients, especially vitamins, can have a positive effect on the brain as it grows old. According to Sarah Booth, head of the USDA Human Nutrition Research Center on Aging (NNRCA) at Tufts University, vitamin D is abundant in bones, fatty fish, milk and orange juice, while sunlight also absorbs in the skin and makes vitamin D.

But now increasing research has shown that vitamin D is very useful for brain function and evidence of this has been found in brain samples. In this study on aging and memory, the brain tissue of a total of 209 participants was studied regularly. The study began in 1997. It was found that the irregularities that start in brain tissue and cells along with old age can be detected even after death.

Experts closely examined the four parts of the brain where vitamin D was present and was affecting. In two places, Alzheimer's disease was related, one was related to blood flow and dementia in the brain, and the fourth part was unknown to scientists. However, there were signs of vitamin D deficiency or excess in these four parts of the brain. But it was also found that where vitamin D was high in the brain, the disorder was slightly less than others. That is, the presence of vitamin D improves brain capacity, among which memory and general memory are at the top.