Is the temperature of the human body and brain the same? 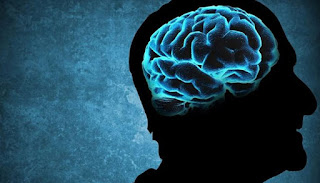 If your answer is yes, then know that it is not so, in fact, the temperature of the brain is higher than the body.

This was revealed in a medical study conducted in the UK.

According to a study by the Medical Research Council Laboratory for Molecular Biology at the University of Cambridge, the body temperature of healthy men and women is usually less than 37 C, compared to the average temperature of the brain at 38.5 C.

According to research, this temperature is more than 40 C in the inner parts of the brain, especially in women.

But now with a new scanning technique MRS, researchers have been able to know the brain temperature of healthy people.

The research also developed the first 4D map of healthy brain temperature, which will prove to change many ideas.

This map proves how brain temperature changes according to age, sex, different brain parts and time of day.

Research has also challenged the common belief that the human brain and body temperature are the same.

For this study, 40 healthy volunteers between the ages of 20 and 40 were recruited.

Their brains were scanned in the morning, afternoon and evening, while they were also clothed with an activity monitor in the wrist to know the genetic and lifestyle differences of each person.

The results showed that the brain temperature of healthy people averaged 38.5 C, which changed at different times of the day.

The study found that the brain temperature is the highest during the day and the lowest at night.

Women's brains are on average 0.4 C warmer than men's, while brain temperature increases after the age of 20, especially in areas deeper.

Researchers believe that with aging, the ability of the brain to keep itself cool may be affected, which can lead to various brain diseases, but more research is needed to confirm this.

"We believe that an increase or decrease in brain temperature throughout the day is actually linked to long-term mental health, which we will work on further," he said.